Rumor has it that someone in my neighborhood had a slumber party for 8 year old Kung Fu Panda Warriors. Can you believe such nonsense? Who in their right mind would do such a thing? Oh wait. 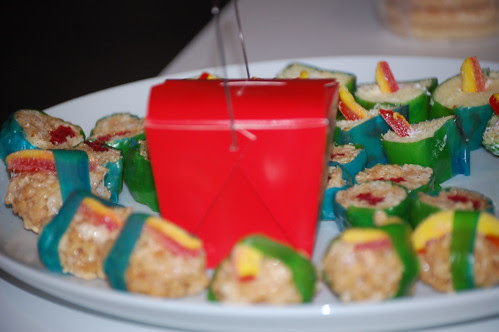 There was noodle relay races and marshmallows to be nabbed by chopsticks; candy sushi to go.* 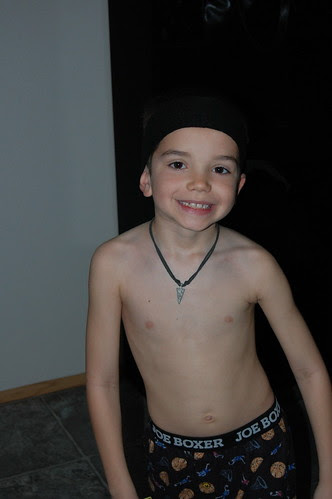 Birthday boy and guests learned martial art moves and then took to the backyard with ammo and nerf guns, fighting over bullets and taking sides.

(I had a Che flashback.) 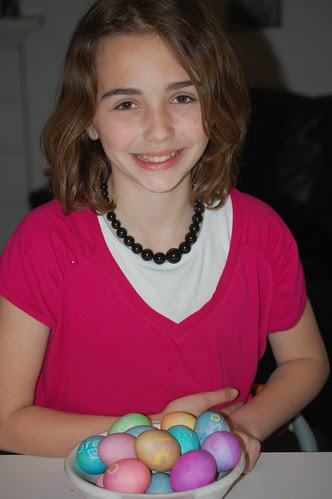 And suddenly, it was Easter. 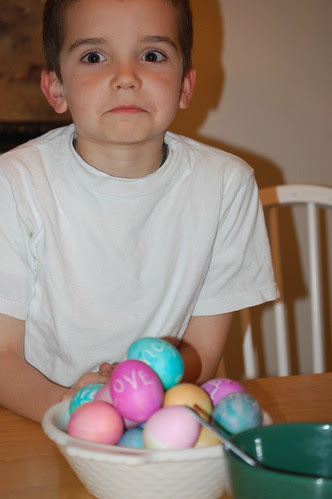 [I'm a little taken aback too Zack. That's how I have felt for weeks now.]

*Yes, yes: I've been taken to task by my 2nd grader over it too. I realize Po the Kung Fu Panda was in China and sushi is a Japanese treat. However, I heard that Po went on to have many great adventures in Japan, *after* the movie and being the great foodie that he is, he came to love sushi. So it works. It does.
Email Post
Labels: Kiddos Photos Suburban Life

Stu said…
If your kids turn their noses up at candy sushi, let me know, I'll drive right over.

Kimberly Vanderhorst said…
I hope I grown up to be a rockingly awesome mom some day, just like you.
Thu Apr 16, 01:29:00 PM PDT